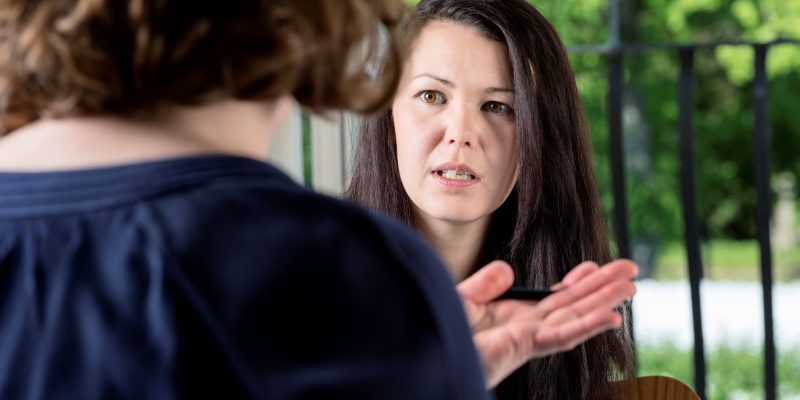 Background to the research:

The Corston Report (2007) highlighted the failings of the Criminal Justice System (CJS) in meeting the specific and unique needs of vulnerable women in the CJS the impact of which has seen a relative wealth of research exploring the female experience when it comes to the CJS. However, what has had substantially less attention is the experiences of those who supervise these women. This has particularly been the case for women supervising women on probation.

Within Kent, Surrey and Sussex Community Rehabilitation Company (KSS CRC), the Women’s Strategy places female probation staff as central to an effective women-lead service. Therefore, as part of a robust evaluation of that strategy, a close examination of the ‘Women’s Lead’ role was seen as a priority. In particular, the routes into and challenges of being a women’s lead, the necessity of women-led provision, the personal and professional impact of undertaking such a role, and what staff feel needs to happen in future to make the role more sustainable.

In exploring these topics, a mixed-methods project was utilised, comprising in-depth interviews with eight women’s leads and four managers (three senior probation officers, and one through the gate manager), and an online survey involving 13 women’s leads (resulting in a 45% participation rate).

Staff came into the women’s lead role for a range of reasons: interest, as a natural evolution of a role they were already doing, or due to having been asked or (more challengingly) being required to do it. Though specialised training (e.g. trauma-informed approaches to supervision), was provided, it was often when staff were already in post. That said, great value was placed on drawing from past experience, with the best learning said to be done on the job. The challenges of the role were around:

Findings (2): Wellbeing, resilience and the emotional demands of supervising women:

The complexities of women’s cases saw huge demands placed on staff in terms of emotional labour, in particular, empathy. In addition, lingering feelings of responsibility for the women’s wellbeing (outside of probation time), saw staff constantly question their actions. The struggles of trying to leave things at work, often translated into mental health challenges for those who were not easily able to do so. In trying to do and be everything, the women’s leads sometimes felt mired with the pressure of it all, in some cases leading to sick-leave. Importantly though, no-one talked of not being able to do the role, in terms of not having the skills to meet the demanding requirements of the job. The problem was situated in how the women’s lead role was structured and understood at on organizational level. Given all this, the need for established support structures was paramount. Colleagues were said to be the most integral, offering an ear when it came to difficult or complex cases, and simply just being a friendly face. Managers were described as approachable, committed, and understanding of the demands of the job. However, their busy schedules meant finding time to meet with them was sometimes difficult. Personal relationships provided some levels of support, however, there were seen to be limitations. Though loved ones might listen and sympathise, by not being in the role themselves, they were unable to understand and empathise. Finally, support also came through clinical supervision. This allowed staff the space to air worries or grievances, relate to others experiencing similar job-related issues, and process difficult feelings. However, there were concerns about the group setting of clinical supervision, with some not feeling comfortable to talk publically about difficulties lest it exposed their vulnerabilities.

Findings (3): Strengthening the sustainability of the women’s lead role:

Staff identified the need for a more supportive, holistic model of supervision, where the needs of the individual staff member were as important as case management reviews. Embedded in this was the investment in staff wellbeing, which was proportionate to that expected for service users – though ‘good practice’ was highly focused on the service user’s experience, there was felt to be little equivalent consideration for staff.  Sustainability was a common theme, with reduced caseload allocations being a key point. Managers too saw the need for this, yet equally saw practical challenges in doing so. Sustainability was placed in more considered recruitment to the women’s lead role – the focus being on suitability and interest, rather than simply availability.  Other suggestions were around male probation staff being able to manage women service users, however most importantly staff simply felt women should have the choice of what gender they would like to be supervised by. Finally, despite the many practical challenges and emotional demands involved in delivering women-led probation services, staff were clear about what rewards the job brought. Seeing women grow, succeed and even flourish was often what kept women’s leads in post.

Though not recommendations per se, this research has produced a number of points for future discussion.

The research described in this report is part of an emergent, yet sparsely attended to, area of probation practice, which looks at the experiences of women who supervise women on probation. Though the focus has been solely on female probation staff at KSS CRC, the findings from this research, and the subsequent implications from those findings, have significant reach and resonance to all aspects of women-led probation service provision. Moreover, this research has also touched on the newly developing field of emotional labour in probation work, and through drawing on a gendered perspective, has offered an additional dimension to this area of work. It is anticipated that the points raised in this report might lead to some meaningful debates within the sector, and more locally, some key changes within KSS CRC which seek to better support the women who undertake this demanding, yet integral role.