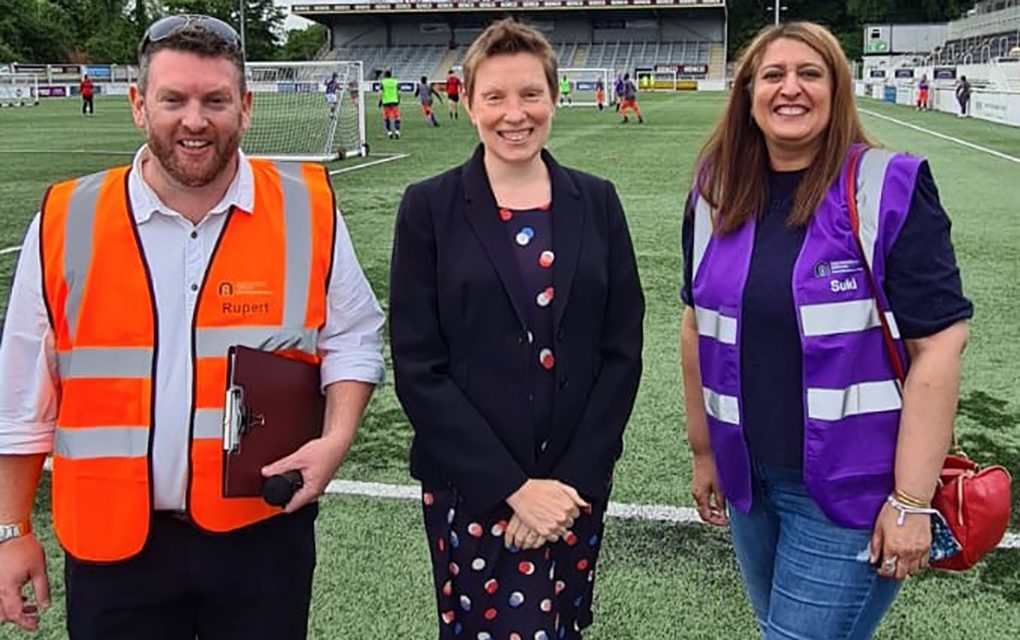 On Thursday 30th June, we hosted our first ever Charity Football Tournament at Maidstone United Football Club. The tournament was designed to promote inclusivity for all individuals regardless of their background, age, current circumstances, and experience.

A total of eight teams took part, made up of staff from Intervention Alliance and the Seetec Group, as well as participants that are currently enrolled in our programmes. They were also joined by special guest Tracey Crouch, MP for Chatham and Aylesford, who kicked off the tournament.

The winners of the tournament were the Liverpool team, who beat Sussex on penalties and were awarded medals donated by Chelsea FC.

Suki Binning, Chief Social Worker and Executive Director, Interventions Alliance, said: “Interventions Alliance is grateful for the support from local partners and for all the hard work of our colleagues for organising the day. It was great to see so many colleagues and participants come together from around England to make the event such a success.

“We are now excitedly looking forward to next week’s internal auction to raise funds towards these two important charities.”

The Auction for colleagues takes place on Friday 8th July and we look forward to raising funds for our local chosen charities, Aurora New Dawn and Dandelion Time.