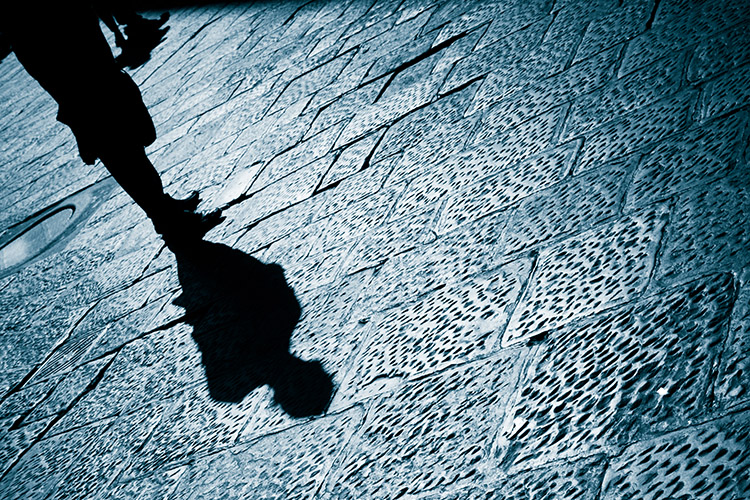 Targeted intervention work is one of the most effective ways to end a stalker’s likelihood to carry out further campaigns of fear, harassment and intimidation.

Carl Hall, the Deputy Director of Community Services at Interventions Alliance, explores some of the ways stalkers carry out their crimes and why a more proactive approach is needed to confront such destructive actions.

The impact of stalking should never be underestimated. It can cause lasting emotional distress, leaving victims feeling vulnerable in their own home and community. In the last year, charities have reported a sharp rise in stalking related offences. The Suzy Lamplugh Trust stated that it has seen a change in stalking patterns since the pandemic hit – with perpetrators ramping up the frequency and intensity of some forms of harassment. It also seems that online stalking is on the rise. The Trust has said that every single stalking case it dealt with this year included some form of digital interaction. With figures revealing that around half of known convicted stalkers reoffend, more must be done to prevent people from becoming victims of this devastating crime in the future.

When most people think about stalking, they can probably recall a high-profile stalking case involving a celebrity that has hit the headlines.

While these celebrity cases might often make the news, many victims stories are never told. Stalking has no status or class boundaries – anyone can be a victim. It is common for the perpetrator to be someone the victim already knows, such as a former partner or even a family member.

According to the Crime Survey for England and Wales, almost one in five women over the age of 16 have experienced stalking, and one in ten men. This equates to four million women and two million men.

Stalking is often defined as: “A pattern of fixated and obsessive behaviour which is repeated, persistent, intrusive and causes fear of violence or engenders alarm and distress in the victim.”

It can take a heavy mental toll on victims, leading to feelings of depression, anxiety and post-traumatic stress disorder. Stalking can manifest in many different ways, it is a psychological and physical crime. Typical actions of a stalker include:

Whatever form it takes, it is a pattern of repeated and unwanted behaviour that makes a person feel a great sense of distress and is often a frightening experience.

More worryingly, this behaviour is often a sign of something more serious. A former partner, for example, might be unwilling to let go of a relationship that has broken down, or a current partner wants to exert even more control.

Around 45% of stalking is likely to be by a former or current partner, with a further third having been an acquaintance of the victim, such as a colleague, neighbour or a family member.

For victims, this type of behaviour can have a lasting impact on their lives, leaving them feeling cautious about attempting to build connections with others. Stalking has been found to affect victims’ mental wellbeing and poses other serious risks. Disturbingly, around 40% of domestic homicide victims have experienced stalking before they were killed.

To better protect victims, the Government introduced Stalking Protection Orders in January 2020 – a tool for the police and courts to enhance safety. A couple of years before, the Government also introduced tougher sentences, with the maximum prison sentence doubling from five years to ten. While this helps, around half of those convicted repeat their offending.

Treatment can save lives

A fundamental problem is that these types of initiatives can be short-term solutions, leaving a stalker’s behaviour unaddressed.

Programmes for people convicted of stalking offences can address the underlying issues that motivate their actions, such as impulsive behaviour, relationship, anger and insecurity issues. Quite simply, this can save lives in the long run by stopping stalking from escalating or happening again.

A key part of the philosophy we employ at Interventions Alliance to address stalking in all its forms, is that in order to support people to build better futures, no matter their past choices, we must first understand and assess the risks, examine the chain of events, triggers and behaviours that heighten an offender’s risk of reoffending. This includes developing new skills and coping mechanisms that will help them break the mental impulses that push them towards considering committing such criminal acts in the first place.

Through an evidence-led approach, we have developed the only UK intervention model approved by the British Psychological Society to address stalking behaviour. Our Compulsive Obsessive Behaviour Intervention, which we use across Sussex, works with perpetrators to reduce this type of reoffending and protect victims. The effectiveness of this approach can be seen in this example:

Jamie* joined our Compulsive and Obsessive Behaviour Intervention after his second conviction for stalking. He says it gave him skills to manage and address his unwanted behaviours.

I was twice convicted of a stalking offence after two of my relationships ended. The programme helped me to identify my emotions. I now use the techniques to stop things from getting to me or building up. These include learning to let it go and doing mindfulness exercises.

Richard, a Probation Officer, believes the intervention programme has reduced the risk of Jamie* committing similar stalking offences in the future:

“He no longer brings up his ex-partner unless I ask him. He has also reflected on his behaviour and admits he did wrong. He is more open and asks for help when he needs it.

“The first time he got out of prison, he reoffended straight away. This time, he has moved away from the victim. Victim liaison also reports no concerns.”

These types of interventions can never replace the punishment a convicted stalker should face. They are tools in the criminal justice system that can be used to steer stalkers away from reoffending and aid their journey to rehabilitation. The intervention we are delivering in Sussex aims to work in partnership with the police and criminal justice partners to prevent more people becoming victims of stalkers in the future.

If someone is contacting you in a way that is uncomfortable or not welcome, please seek help by contacting the National Stalking Helpline on 0808 802 0300.

* The identity of the convicted stalker has been protected for legal reasons.

Explore all our services